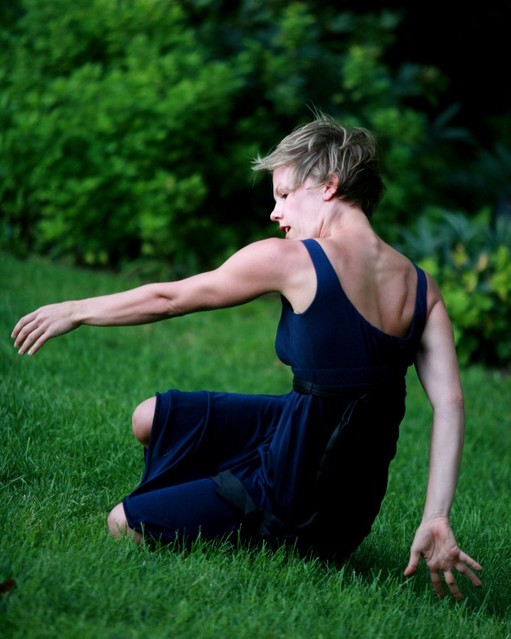 As a dance and theater artist, Megan Brunsvold Mercedes has been performing, choreographing, and teaching throughout the country for over two decades.  Throughout her career she has had the pleasure of working with Daniel Charon, Alexandra Beller, Deganit Shemy, Hope Clark, Chase Dance Theater, Kristi Spessard, and Molissa Fenley among others. She had the privilege of dancing with the Metropolitan Opera Ballet in the critically acclaimed revival of Berlioz’s “Les Troyens” and Stravinsky’s “Le Sacre du Printemps”, both choreographed by Doug Varone.  While performing with Chamber Dance Company in Seattle, WA, she danced works by Doris Humphrey, Jean Erdman, Twyla Tharp, Louis Falco, Susan Marshall, Zvi Gotheiner, and Doug Varone. Her recent collaborations in theater include the original works “The Pod Project” and “Puncture” by Nancy Bannon, and “Edit” by Jess K. Smith at Columbia University.

As both a performer and choreographer, Megan's creative interests span different genres. Alongside making concert dance work, Megan continues to work in both the theater and opera. Recent productions include choreography for The Book of Will and The Merchant of Venice (Utah Shakespeare Festival), Urinetown, Rosencrantz and Guildenstern are Dead, and Die Fledermaus (Southern Utah University). Her choreography has been presented in California, Colorado, New York, Minnesota, North Dakota, Utah, Washington, and Wyoming.

Megan’s theoretical research interests lie at the intersection of Dance Science, Somaesthetics, and Pedagogy. She has presented at the International Association of Dance Medicine and Science in Montreal, Canada, World Dance Alliance in Angers, France, the Nordic Society of Aesthetics in Bergen, Norway, Symposium on Philosophy of Dance, at Texas State University, and the Dance Science, Pedagogy, and Performance Conference hosted by William Evans at New Mexico State University. She is a contributing author to The Bloomsbury Handbook of Dance and Philosophy.